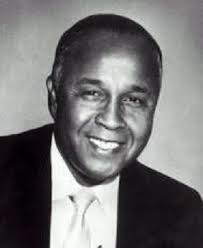 On this day, set aside to commemorate Dr. Martin Luther King, Oak Park Apartments would like to remember Dr. Percy L. Julian, a notable African American research chemist who opened Oak Park’s eyes to the importance of diversity and tolerance.

Percy Lavon Julian’s parents believed in the power of education in a time when most African Americans were discouraged from pursuing an education beyond 8th grade.  Julian’s parents made education a priority for all of their 6 children.  This focus propelled Julian to multiple educational successes in spite of racial prejudices.

Percy Julian’s college career began at DePauw University in Indiana. Julian graduated in 1920, valedictorian of his class.  Julian began to teach at Fisk University where he earned a fellowship in chemistry. This allowed him to attend Harvard, receive a master’s degree and begin work on his Ph.d.  While working on his doctorate degree, Harvard withdrew its fellowship offer, worried that white students would not want to be taught by an African American.

Despite setbacks, Percy Julian became an instructor at Howard University in 1929 where he was offered another fellowship at the University of Vienna.  His goal of receiving a doctorate degree once again became attainable.  In 1931, Dr. Percy L. Julian earned his Ph.d. in chemistry, one of the first African Americans to receive this distinction.

In 1936, after a few years spent teaching, Dr. Julian began working as Director of Chemical Development at 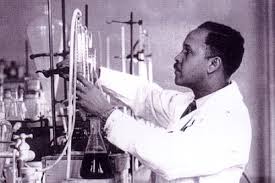 the Glidden Company in Chicago. Dr. Julian’s key research concentrated on synthesizing proteins from the common soybean, which led to the development of medical drugs such as cortisone and steroids.  Over his lifetime Julian’s research resulted in over 130 scientific patents.

Julian and his family moved to Oak Park in 1950. That same year he was named “Chicago’s Man of the Year” by the Chicago Sun Times for his scientific achievements.  As one of the first African American families to call Oak Park home, the Julians were welcomed by some in the community, but unfortunately others could not move past the racial stereotypes and injustices of the time – as a result the Julian home was firebombed twice.

Thankfully no one was injured and the firebombing caused many in the community to rally around the Julians. The prejudice endured by the Julians became a focal point for civil rights awareness and activism in Oak Park.  The cornerstone of Oak Park’s mission of racial diversity and tolerance within this village was established.  For that, Dr. Julian, Oak Park is truly grateful.

“The people of Oak Park choose this community, not just as a place to live, but as a way of life … Ours is a dynamic community that encourages the contributions of all citizens, regardless of race, gender, age, ethnicity, sexual orientation, disability, religion, economic status, political affiliation or any of the other distinguishing characteristics that all too often divide people in society.”