Oak Park’s park district is at it again!

Providing fun and entertainment for all ages all summer long is what our park district does best and this summer is no exception.  Free, yes, I said free, movies and concerts will be happening all summer long. 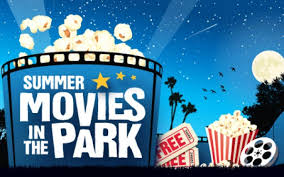 Let’s start with this year’s Movies in The Park series.  The OPPD hosts movies once a month rotating the event to 4 different Oak Park parks.

This year’s movie dates and “out of this world” theme includes:

The Oak Park Park District’s musical concert series is located at Scoville Park, (Lake & Oak Park Avenue) and is held most Sunday evenings at 5:30 pm, throughout June, July and August.  Both a variety of local and well know bands are featured as a part of this year’s headliners.

This year’s concert series dates and line up include:

So bring snacks and blankets (don’t forget the bug spray) and make sure to head over to Oak Park’s parks and enjoy the show! (And as with anything that is held outside – weather will dictate if the show will go on!)